A new English Premier League campaign is around the corner and anticipation levels are reaching fever pitch. Arguably one of the biggest soccer leagues in the world, the EPL is never short on drama or tension. Featuring 20 teams, the EPL is a marathon with each team contending 38 games. Each season, three teams will be promoted from the Championship and three will be relegated.

It is the most watched soccer league in the world, and it will be fascinating to see how things pan out this season. If you haven’t heard of the EPL, then our watertight guide will give you the full lowdown.

The English Premier League is back and the excitement is real! 20 teams will fight for the EPL title but only one team can be crowned the champions come end of May 2023.

Who are the favourites to win the English Premier League

In the last couple of years there have only been two teams fighting for the title really and that’s Manchester City and Liverpool Football Club. Manchester City have been the team coming out on top most of the times except for the “Covid Season” in 2020 when Liverpool won the title. If we’re looking at the odds as it stand the clear favorites are Manchester City this season as well, closely followed by Liverpool FC. And according to us, those two are the teams that will fight for it in the end, City, who have a massive squad filled with stars looks most likely to win it once again. You can see the full list of odds bellow.

Odds favourites to win the EPL

In the English Premier League there are 6 teams in what is called “The Big Six”. These are the teams that historically finish in the top and are competeing for most of the trophies every season. In the last couple of years the big six in the Premier League are Chelsea, manchester City, Manchester United, Arsenal, Tottenham and Liverpool. Below you can find our guides of all of the teams in the big six. 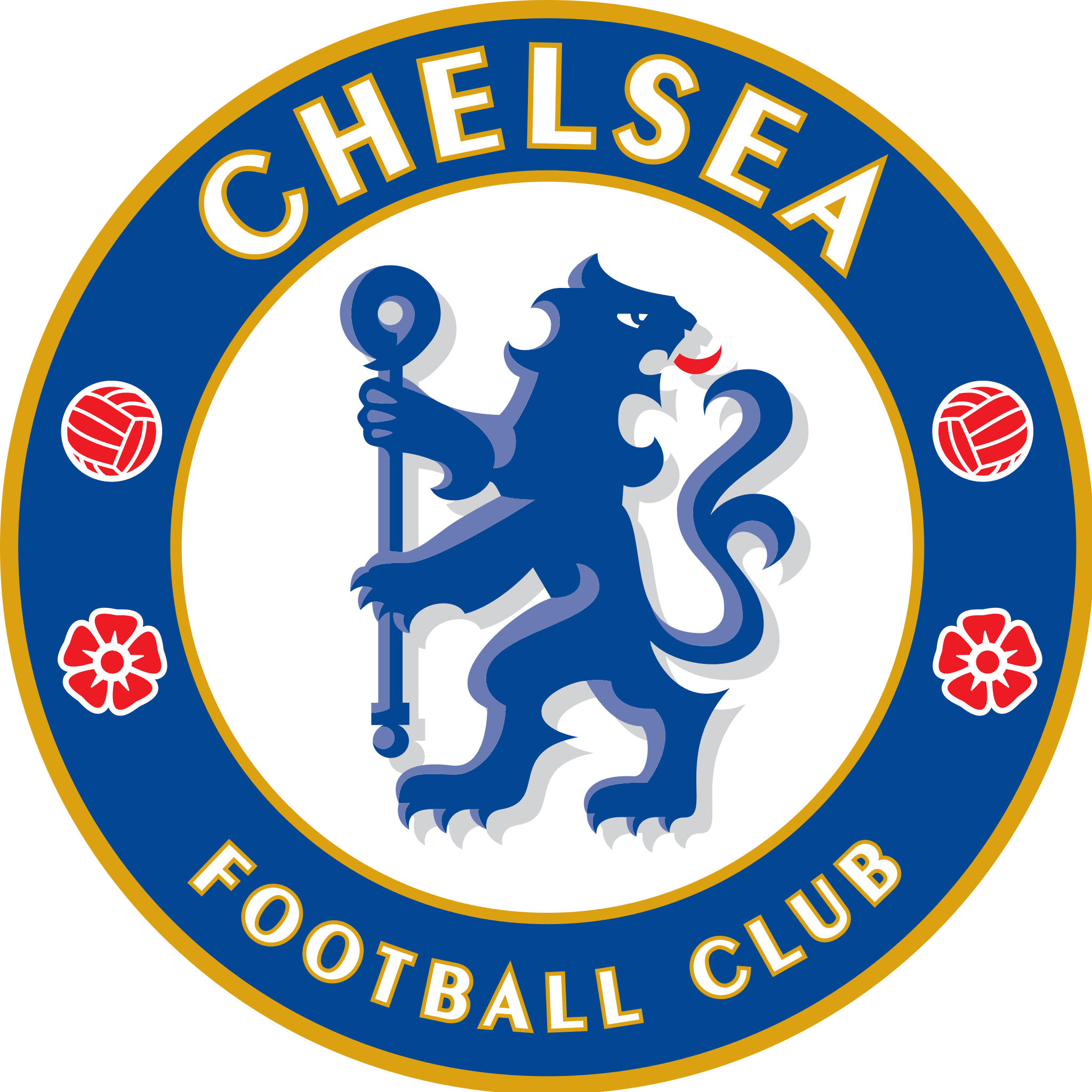 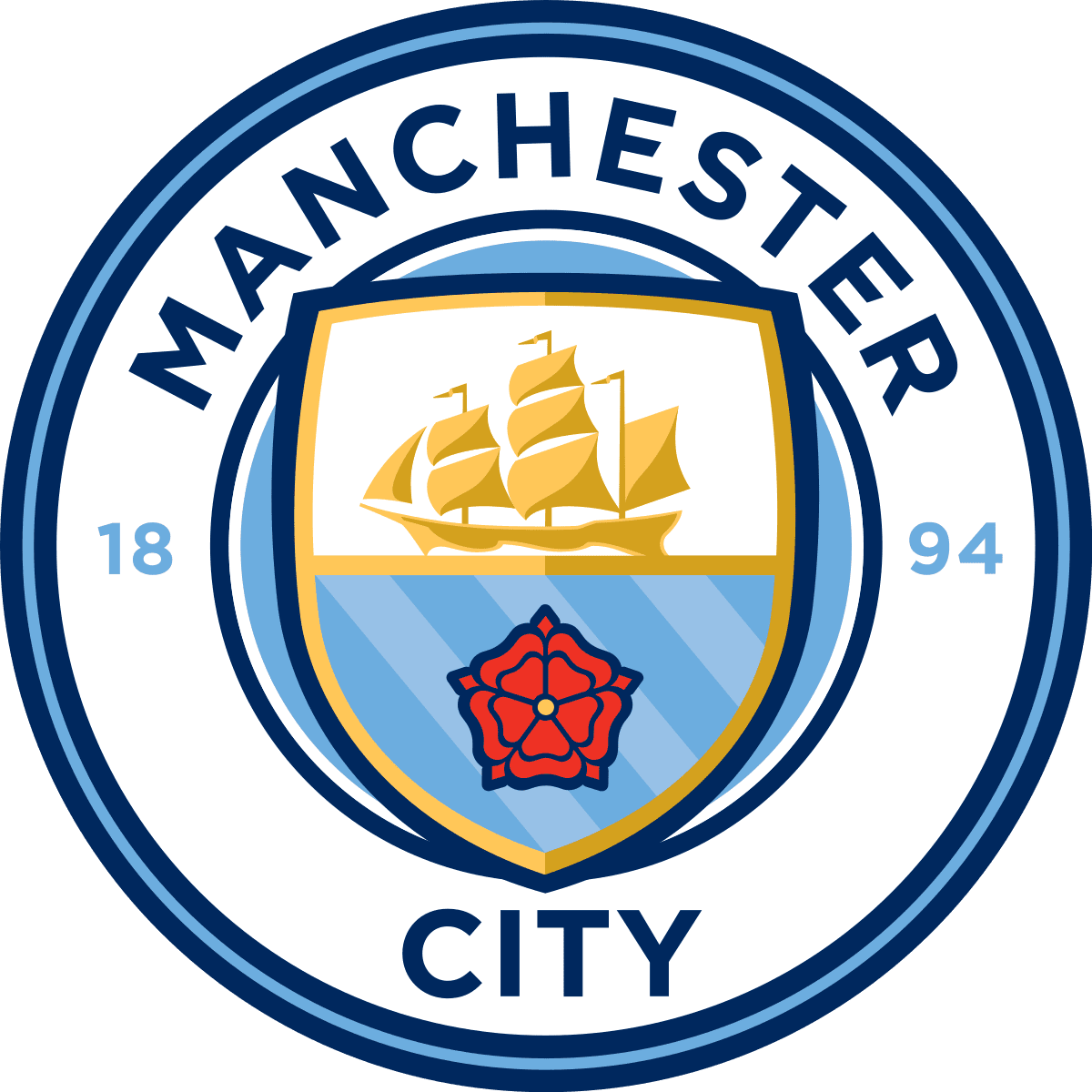 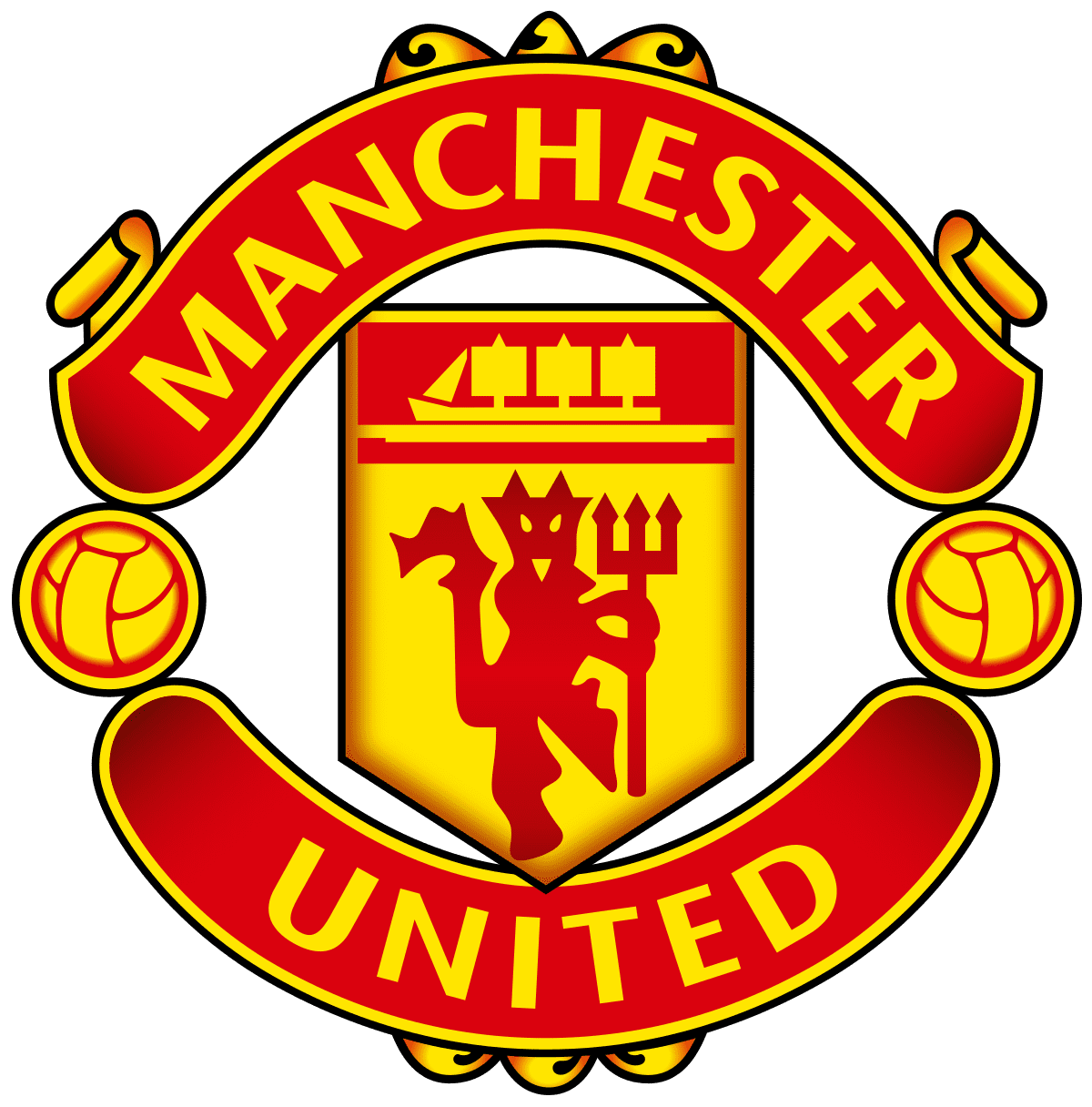 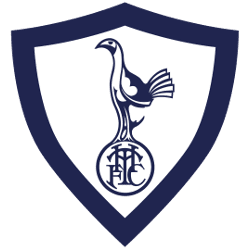 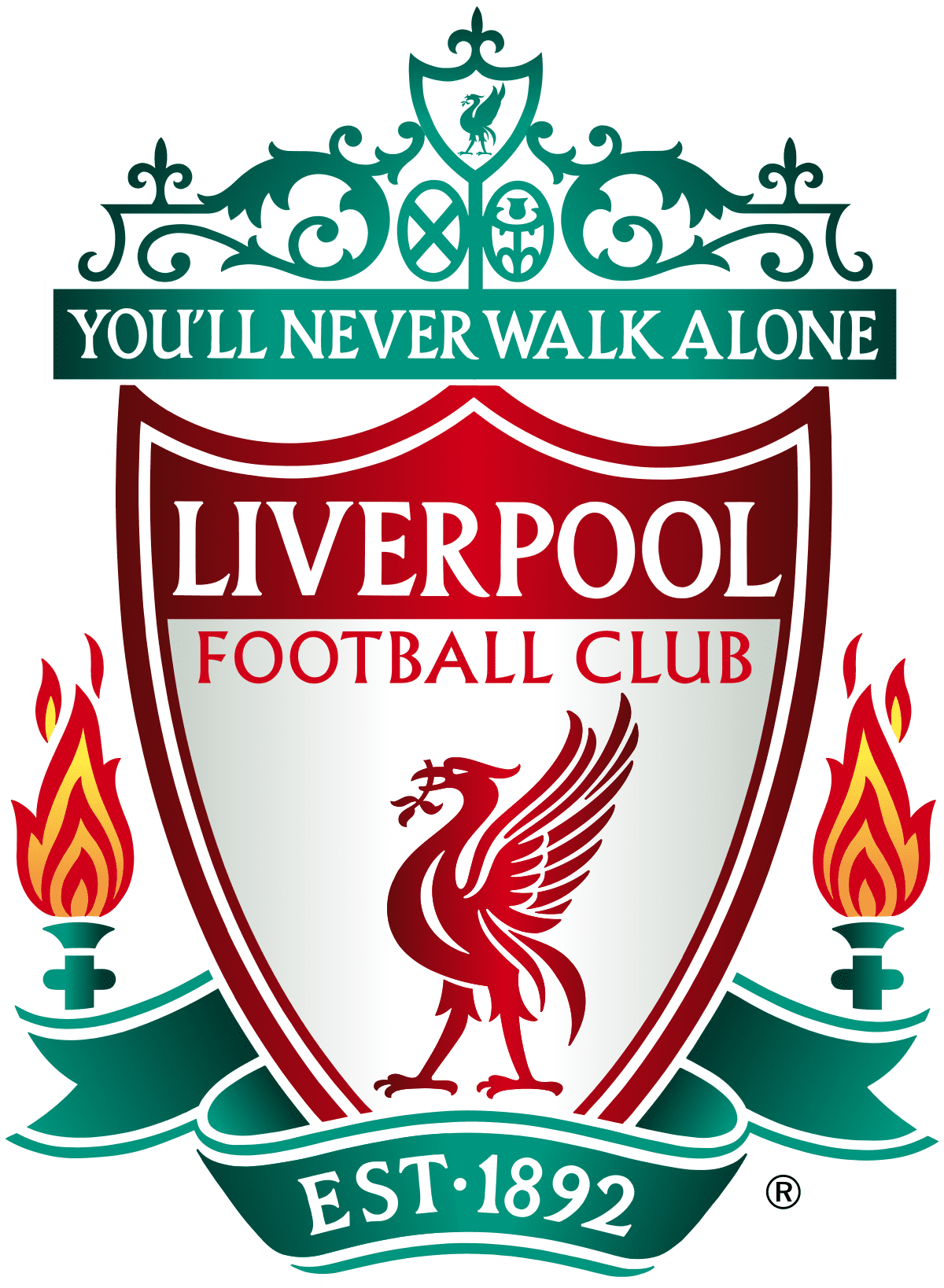 Who will be top scorer in the Premier League?

This is a lot harder to foresee than who will win the title. There’s plenty of options here as there are so many talented players all across the teams in the EPL. Of course, our hopes are that Christian Pulisic will stay injury free and have a massive season with Chelsea and take home the golden boot but it seems unlikely sadly. Last season Mohammed Salah and Son Heung-Min shared the title on 23 goals each and a safe bet is always to include Mohammed Salah as he has won it 3 times in the last 5 seasons. We have to put Harry kane in the mix as well as he is a fantastic striker for Tottenham Hotspur.

Can there be any upsets?

It feels weird to name some of these players as upsets but that’s the way of life. Cristiano Ronaldo is one of the best players ever and to have him back in the Premier League is a blessing. He’s not getting younger though and as a 37 year old in a team that haven’t been functioning at all the last couple of years we can’t see him getting more goals that the rest although at the price of +1900 it could be worth a punt. Another name that maybe wouldn’t be an upset but at least a bit of a surprise is Gabriel Jesus. He signed for Arsenal from manchester City and he have been looking fantastic in the preseason, maybe this move is exactly what he needed?

Can the new boys start of strong?

Both Manchester City and Liverpool have spent big money in the summer to strengthen their attacks. Erling Braut Haaland joined Manchester City from Dortmund. He’s considered one of the best strikers in the world right now and he’s only 22 years old. He have already shown his skills in the German Bundesliga and the Norwegian national team. Going to the top tier in EPL is a different story though and you never know what’s gonna happen. We have high hopes for him though and he will most probably be in the mix as well.

Looking at Liverpools new signing from Sporting Lissabon, Uruguayan Darwin Nunez. It feels like more of a gamble, no disrespect to the Portuguese League but it is a couple of levels bellow the big leagues in Europe. He impressed a lot last season in Portugal and did some fantastic matches in the Champions League, especially against Liverpool. Maybe that was when he caught their eye and made them sign him, who knows?

Both of these guys are amongst the odds favorites to win the golden boot but it feels a bit to ambitious from the betting sites to have two new boys in the top. Look bellow for EPL betting tips and the full list of odds for the top scorer in the English Premier League.

Who will be Top Scorer in the EPL?

It may be the early stages of the EPL campaign, but soccer fans have a…

We have a great game to look forward to this Saturday between Tottenham and Southampton.…

Origins of the English Premier League

In the early 1990s, the then English First Division clubs believed a radical restructuring of the game was required. In July 1991, a Founder Members agreement was signed which put the wheels in motion to establish the basic principles of the EPL. Roughly six months later, the 22 First Division clubs left the Football League en masse and they struck a TV deal with broadcaster BSkyB. To this day, Sky Sports still has the lions-share of the English broadcasting rights despite fierce competition from BT Sport.

August 1992 marked the start of the inaugural EPL campaign, and in May 1993, Manchester United were crowned champions as they ended a 26-year wait to lift a league title. Of the founding members of the EPL, only six have been an ever-present fixture of the EPL – Arsenal, Chelsea, Everton, Liverpool, Manchester United, and Tottenham.

There have been several teams that have left an indelible mark on the history of the EPL. Manchester United were the near immovable object of the 1990s and early 2000s, although Arsenal managed to disturb the status quo at the time.

Indeed, the Gunners remain the only team to go an entire campaign unbeaten which they achieved in the 2003/04 season and they earned the moniker of ‘The Invincibles’. It was something that hadn’t been achieved in over 100 years when Preston North End received widespread acclaim for going a full season undefeated.

Chelsea, meanwhile, toppled United by the middle of the first decade of the 2000s thanks in part to the revolution orchestrated by Roman Abramovich.

Overall, United have reigned supreme with 13 titles. There have been a couple of shock EPL champions, most notably Blackburn and Leicester. But in the past few years, there has been a seismic power shift from the red half of Manchester to the blue half where Manchester City have been the indomitable force of the English Premier League. Let’s recap on the past English Premier League winners:

Greatest Players to have graced the EPL

The EPL has borne witness to some players that have transcended the game in more ways than one. We want to flesh out a bit more detail on what they gave to the EPL and how they amazed fans.

A one-club man which is a rare breed, Ryan Giggs was a terrifying prospect for defenders when he used to fly down the wing. The mercurial Welshman was a multiple Premier League winner, and he was a key part of the fabled United side that completed a historic treble in 1998/99 which consisted of the league, FA Cup, and Champions League.

The charismatic Frenchman had a certain pizzazz or va va voom as would many say. Henry used to glide past defenders as if they didn’t exist. Although he started his career as a winger before he moved to England, he became one of the most prolific EPL strikers of all time and Arsenal carved a statue of him outside the Emirates.

Although he had a short spell at crosstown rivals Manchester City, Schmeichel will be fondly remembered for his exploits with United. He had razor-sharp reflexes, and there were many times when he pulled off crucial saves. The Danish shot-stopper was also quite a combustible character on the pitch and he had a few run-ins with his team-mates, including Denis Irwin and Gary Pallister.

There was something mesmerising about Dennis Bergkamp. The reserved Dutchman was blessed with impeccable technique and he had the vision to match it. He had a knack for scoring timely goals, but they were often sublime strikes. For example, the way he bamboozled Newcastle defender Nikos Dabizas in 2002 before caressing the ball home was outstanding. His legacy lives on.

The way commentators would bellow ‘SHEARER’ would still send a shiver down the spine. Alan Shearer was the archetypal striker and he could score all types of goals. In essence, he was a goal machine and while he only had one EPL title to show for his efforts, his goals record looks unlikely to be beaten anytime soon.

There have been many records established during the 30-year history of the EPL, so let’s shine a light on a couple of categories:

The Premier League has also spawned some great goalscorers over the years, but Shearer leads the way with 260 goals. Let’s run through 10 of the most prolific players who are part of the celebrated 100 Club.

When does the new English Premier League season start?

Who are the defending EPL champions?

Manchester City are the reigning champions and they will be gunning for their third league title in a row.

Who is the most successful team in EPL history?

Manchester United are the most successful team in EPL history having been crowned champions on 13 occasions, and they have also clocked up more wins overall (702) than any other side. Manchester City have the highest point tally over one season with 100 points while Arsenal is the only team to go a season unbeaten.

What’s the biggest rivalry in the Premier League?

This is a hard question to answer. Classically Manchester United vs Liverpool is the biggest rivalry. But there’s plenty of derbies such as The Merseyside derby in Liverpool between Liverpool and Everton, The North London derby between Arsenal and Tottenham Hotspurs and many more.